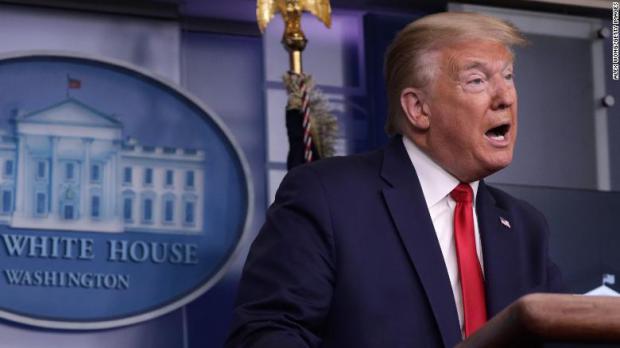 The head of Twitter's fact-checking team has previously tweeted that the Trump administration are Nazis, compared adviser Kellyanne Conway to Joseph Goebbels and said fly over states are racist.

Yoel Roth, whose official title at Twitter is head of Site Integrity, faced backlash on Wednesday after his history of anti-Trump tweets emerged less than 24 hours after the social media giant put a fact-checking warning on two of the president's tweets.

Twitter prompted readers to check the facts in Trump's tweets after the president on Tuesday suggested that California's mail-in balloting initiative would lead to substantial voter fraud in the November general election.

The social media giant said Trump's claims about mail-in ballots being 'substantially fraudulent' were found to unsubstantiated by fact-checkers at CNN, the Washington Post and other media outlets.

It is the first time Twitter has taken such action against Trump with the company previously resisting calls to censure the president.

Following the move, previous tweets from Roth - who is in charge of the team that investigates misinformation at Twitter - resurfaced, including one in which he suggest the Trump administration were Nazis.