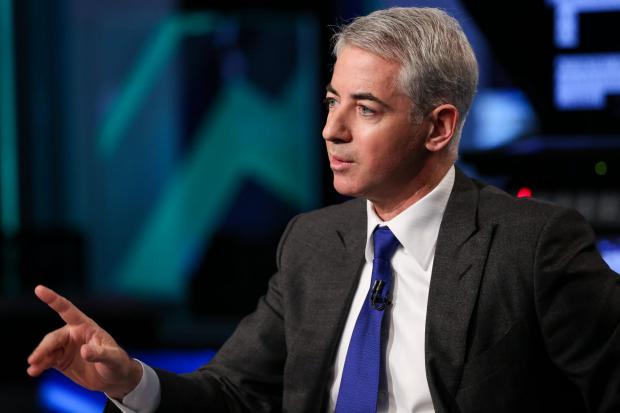 Just over two months after billionaire investor Bill Ackman scared CNBC's viewers with his prediction that "hell is coming" and "America will end as we know it" unless America is shut down for 30 days - while at the same time admitting he was buying stocks hand over fist - Ackman's "investing strategy" appears to be bearing fruit. According to Reuters, Pershing Square is up between 21% and 27% this year. On the fund's call this morning, Ackman disclosed that his fund had exited Berkshire Hathaway (Ackman and Buffett sycophant Whitney Tilson must feel quite conflicted about this) and the position in Blackstone he had put on just months prior. Ackman also said that he exited Park Hotels & Resorts.

As discussed previously, Ackman's returns for the year were boosted along by a short credit hedge that Ackman, in all fairness, disclosed he was putting on well before the market reacted to the pandemic. The hedge paid off 100x, netting the firm about $2.6 billion for the fund.

Ackman also said he added Lowe's about 6 weeks ago and got the "bargain" of a lifetime, and said that he added Starbucks in the $60/share region.

Ackman had said earlier this month that tech companies could become even more dominant as a result of the pandemic:

"The impact of the crisis on companies like Amazon is actually a little bit of short-term negative because they're spending a lot of money managing through this, but it's long-term hugely beneficial to the company."