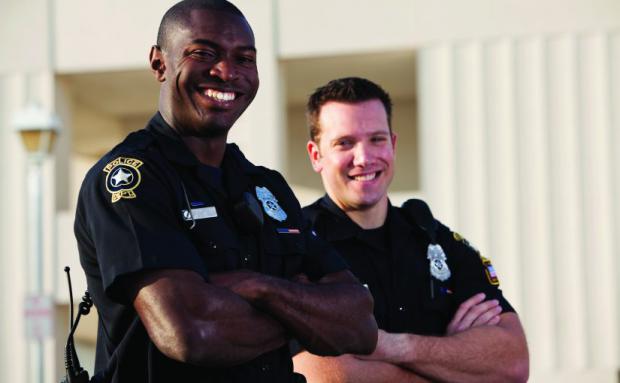 AS THE coronavirus pandemic devastates the economy and tax revenues drop massively across the U.S., cities have begun to prepare for the hard times ahead by proposing slashed budgets and reduced public services at a time when so many of their residents need them more than ever.

But the austerity measures won't be doled out equally across services. In New York City, where officials are projecting a $7.4 billion drop in tax revenue, the proposed budget for next year is $3.4 billion less than last year, with education and youth services facing some of the deepest cuts — and only very modest cuts slated for the police department. In Los Angeles, the police department is the lone city agency that is not facing serious cuts; it is also slated to receive additional funds for police overtime, even as other city workers are furloughed.

Public-interest advocates have long battled to save funds for public services during yearly budget negotiations, but the current health and economic crisis is making the debate over how cities should spend their reduced funds uniquely urgent and fraught. And with crime at historic lows, a growing number of people — including for the first time, some city council members — are now explicitly demanding that cities save money for much needed services by cutting police budgets.

You Are Now Leaving FantasyLand: The Losses Will Be Taken By Somebody

Job Losses, Bankruptcies And Store Closings Are All At Apocalyptic Levels As The U.S. Economic...

The U.S. Economy Hasn't Experienced Anything Like This Since The Great Depression Of The 1930s