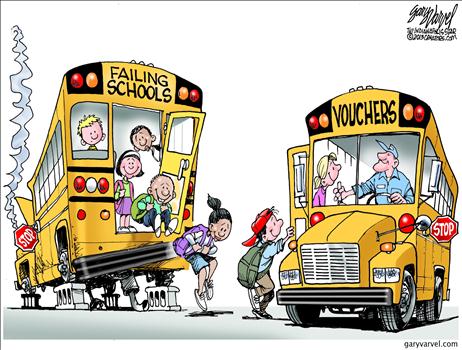 One question arises in the context of when state and local officials should force children back into school: Why should the state be involved in education at all?

Since all of us are born and raised under the public schooling system, it's difficult to imagine a different paradigm, one in which education and the state are separated. But throughout history, all great achievements in liberty have involved people thinking outside the box and adopting a new paradigm, especially when the old paradigm has proven to be defective.

Consider the separation of church and state. Today, we all take it for granted. If the state began enacting laws forcing people to attend church or forcing them to send their children to church, people would be outraged. Everyone would recognize the wrongfulness, even the tyranny, of such laws.

Why then do we accept a paradigm in which the state forces children to send their children to a government (i.e., "public") school or a private school? Why not simply leave educational decisions to parents, just like we leave religious decisions to them?

Material Made With Record Melting Point of Over 4000 Degrees Celsius

Opinion: Why your Social Security could feel like a lot less next year