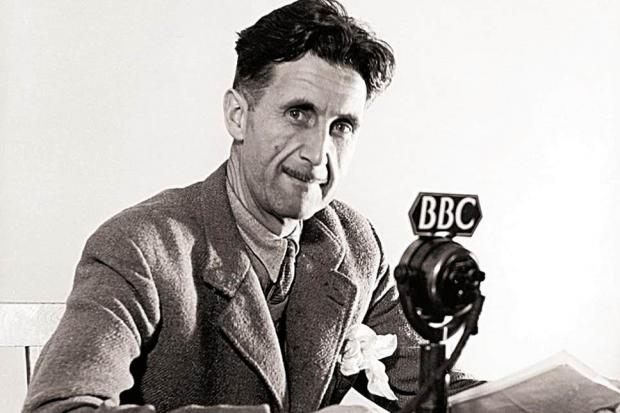 The British Broadcasting Corporation (BBC), happily amplified by the Public Broadcasting System (PBS) in the United States which carries its World News, continues to pump out its regular dreck about the alleged economic chaos in Russia and the imagined miserable state of the Russian people.

It is all lies of course. Patrick Armstrong's authoritative regular updates including his reports on this website are a necessary corrective to such crude propaganda.

But amid all their countless fiascoes and failures in every other field (including the highest per capita death rate from COVID-19 in Europe, and one of the highest in the world) the British remain world leaders at managing global Fake News. As long as the tone remains restrained and dignified, literally any slander will be swallowed by the credulous and every foul scandal and shame can be confidently covered up.

None of this would have surprised the late, great George Orwell. It is fashionable these days to endlessly trot him out as a zombie (dead but alleged to be living – so that he cannot set the record straight himself) critic of Russia and all the other global news outlets outside the control of the New York and London plutocracies. And it is certainly true, that Orwell, whose hatred and fear of communism was very real, served before his death as an informer to MI-5, British domestic security.

"We Will Keep People Home By Law, If Necessary" - UK Unveils New...

"This Ship Is Sinking" - The Economy Is Holed Below The Waterline