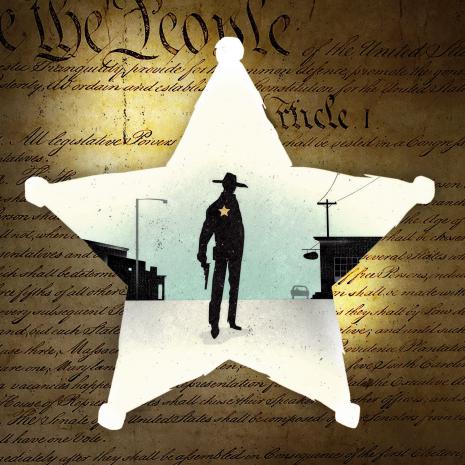 Here are just a few examples of courageous actions in the heat of battle to break the bands of tyranny.

In Oregon, a judge just declared Gov. Kate Brown's emergency orders and lockdown to be 'null and void'. A local story reported,

Baker County Circuit Judge Matthew Shirtcliff made the ruling Monday in a lawsuit brought by churches who had sued saying the social-distancing directives were unconstitutional.

The suit had also argued that emergency powers only last for a month and after that Brown would have needed legislative approval. The judge agreed. -KJW8

In a cold sweat, Gov. Brown convinced the Oregon Supreme Court to issue a stay on the lower court, while it considers the claims.

In Hood River, Washington, Klickitat County Sheriff Bob Songer is refusing to enforce some aspects of Gov. Jay Inslee's social distancing order because they are unconstitutional.

The city council of Kelso, Washington, is considering a proclamation to defy Inslee's continued shutdown order:

PROCLAMATION BY THE CITY COUNCIL OF KELSO, WASHINGTON IN REGARDS TO RECENT DIRECTIVES BY GOVERNOR JAY INSLEE

WHEREAS Governor Inslee's recent Proclamation No.20-05 known as "Stay Home, Stay Healthy" and other follow-up Proclamations have caused confusion for business owners in Kelso and have failed to clearly identify which businesses are and aren't allowed to operate and who is or isn't allowed to reopen.