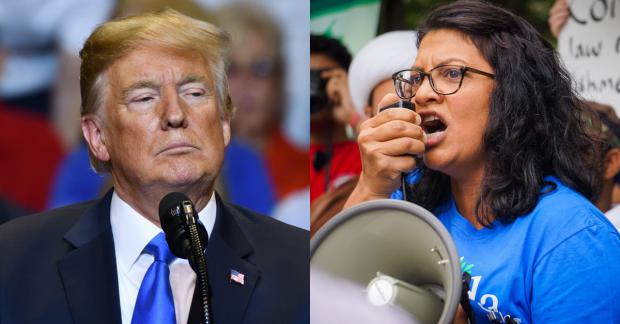 "Nah, President Incompetent. Michigan promotes democracy without jeopardizing people's health. You would rather oppress people and suppress the vote (per usual)," Tlaib said in reaction to Trump's Wednesday morning tweet, threatening to punish Michigan for mailing absentee ballot applications to all state voters.

Michigan's Secretary of State Jocelyn Benson announced on Tuesday the state would send ballot applications, specifically, to voters in the state — a decision that prompted reaction from the president:

Breaking: Michigan sends absentee ballots to 7.7 million people ahead of Primaries and the General Election. This was done illegally and without authorization by a rogue Secretary of State. I will ask to hold up funding to Michigan if they want to go down this Voter Fraud path!..

Benson claimed the move would ensure "that no Michigander has to choose between their health and their right to vote," praising vote-by-mail as "easy, convenient, safe, and secure."

The news comes as blue states move to implement vote-by-mail for their respective primaries, and ultimately the general election, citing coronavirus related concerns.

Letters to the Editor • Voting and Elections

Virginia Law Allows People to Ban Themselves from Gun Purchases

CDC SAYS, "COVID-19 MAY CEASE TO QUALIFY AS AN EPIDEMIC IN THE NEXT FEW WEEKS"

Walmart Plus subscription service will reportedly launch this month

Uber goes all in with grocery delivery