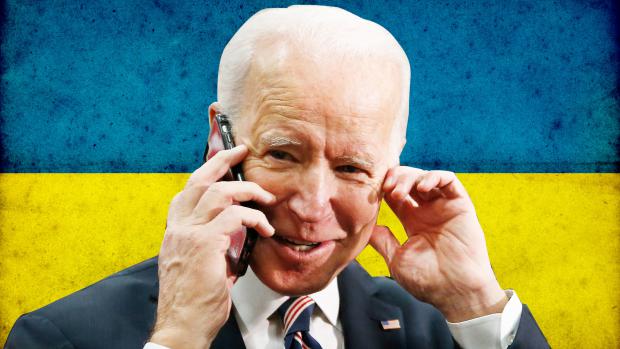 Leaked phone calls between Joe Biden and former Ukrainian President Petro Poroshenko explicitly detail the quid-pro-quo arrangement to fire former Ukrainian Prosecutor General Victor Shokin - who Poroshenko admits did nothing wrong - in exchange for $1 billion in US loan guarantees (which Biden openly bragged about in January, 2018).

The calls were leaked by Ukrainian MP Andrii Derkach, who says the recordings of "voices similar to Poroshenko and Biden" were given to him by investigative journalists who claim Poroshenko made them.

Shokin was notably investigating Burisma, the Ukrainian energy company that hired Biden's son, Hunter, to sit on its board. Shokin had opened a case against Burisma's founder, Mykola Zlochevsky, who granted Burisma permits to drill for oil and gas in Ukraine while he was Minister of Ecology and Natural Resources. In January, 2019, Shokin stated in a deposition that there were five criminal cases against Zlochevesky, including money laundering, corruption, illegal funds transfers, and profiteering through shell corporations while he was a sitting minister.

The leaked calls begin on December 3, 2015, when former Secretary of State John Kerry starts laying out the case to fire Shokin - who he says "blocked the cleanup of the Prosecutor Generals' Office," and sated that Biden "is very concerned about it," to which Poroshenko replies that the newly reorganized prosecutor general's office (NABU) won't be able to pursue corruption charges, and that it may be difficult to fire Shokin without cause.