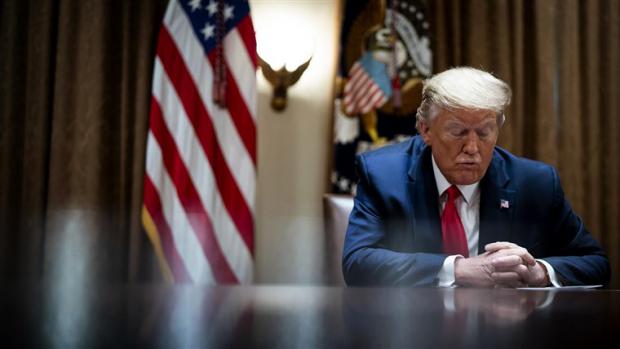 President Donald Trump on Saturday confirmed a report that he is considering partially restoring U.S. funding of the World Health Organization as it investigations the United Nations-back agency's alleged role in helping China cover-up the severity of the Wuhan virus, though no final decision on the matter has been made.

"[T]his is just one of numerous concepts being considered under which we would pay 10% of what we have been paying over many years, matching much lower China payments. Have not made final decision. All funds are frozen," the president said of the potential decision, which was first reported by Fox News Channel host Tucker Carlson.

During Friday's broadcast of Tucker Carlson Tonight, the host reported on a draft letter on a planned partial refunding of the W.H.O., which reads that the U.S. "will continue to partner and work with the World Health Organization and agree to pay up to what China pays in assessed contributions."

Further, the letter reportedly reads: "Despite [its] shortcomings, I believe that the W.H.O. still has tremendous potential, and want to see the W.H.O live up to this potential, particularly now during this global crisis" and "That is why I've decided that the United States will continue to partner and work with the World Health Organization and agree to pay up to what China pays in assessed contributions."