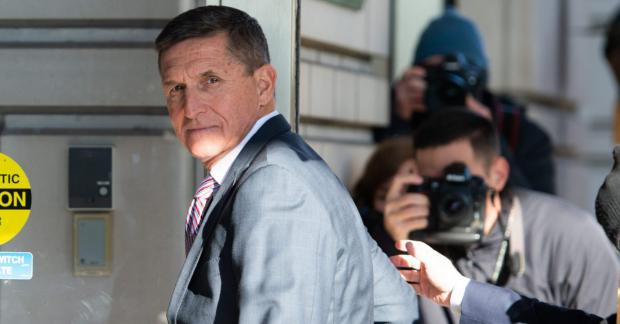 The two-pronged order (1) appoints a former federal judge to argue against dismissing the case; and (2) considers holding Flynn in criminal contempt for perjury.

"Upon consideration of the entire record in this case, it is hereby ORDERED that the Court exercises its inherent authority to appoint The Honorable John Gleeson (Ret.) as amicus curiae to present arguments in opposition to the government's Motion to Dismiss," the judge wrote.  "[I]t is further ORDERED that amicus curiae shall address whether the Court should issue an Order to Show Cause why Mr. Flynn should not be held in criminal contempt for perjury pursuant to 18 U.S.C. § 401, Federal Rule of Criminal Procedure 42, the Court's inherent authority, and any other applicable statutes, rules, or controlling law."

Judging by the order, Sullivan is not pleased that Flynn took up the court's time by pleading guilty, firing his lawyers, hiring new lawyers, and moving to withdraw his guilty plea. As if that wasn't enough, the Department of Justice filed a motion to dismiss its case against Flynn.