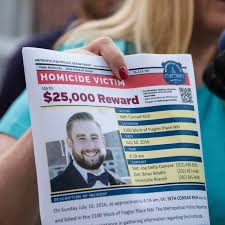 Clevenger represents Ed Butowsky, a high-profile author and financial adviser who dared to ask questions about the late Seth Rich and was sued for his troubles.

The known facts of Rich's still unsolved murder were largely established within hours by the local media. "A 27-year-old man who worked for the Democratic National Committee was shot and killed as he walked home early Sunday in the Bloomingdale neighborhood of Northwest Washington, D.C.," NBC Washington reported.

The shooting occurred at 4:19 a.m. on Sunday, July 10, 2016. "There had been a struggle," said Seth's mother, Mary Rich. "His hands were bruised, his knees are bruised, his face is bruised, and yet he had two shots to his back, and yet they never took anything." She added, "They took his life for literally no reason."