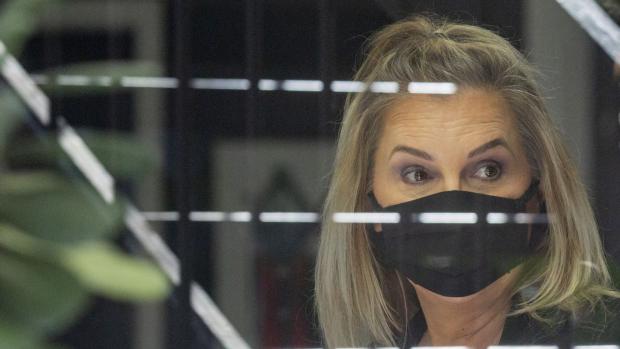 A Dallas salon owner will spend a week in jail after she was found in contempt of court Tuesday for violating an order to close her salon during the coronavirus pandemic.

In addition, Shelley Luther was fined $7,000 for continuing to operate her business, Salon à la Mode, in violation of a judge's temporary restraining order issued against the business.

Luther was taken into custody immediately after the hearing and booked into the Dallas County jail just after 4:30 p.m.

Like other businesses deemed nonessential, Luther's Far North Dallas salon was forced to close March 22 after the county enacted its stay-at-home order. She reopened the salon April 24 despite that order, and tore up a cease-and-desist letter from County Judge Clay Jenkins at a demonstration the next day.

The temporary restraining order was signed April 28 by state District Judge Eric Moyé, but Luther continued to operate the business.

In a hearing broadcast live on YouTube on Tuesday, Luther said she had no choice but to open her business.

She said she hadn't earned income since the county's stay-at-home order was set in March. She applied for one of the federal loans aimed at helping small businesses but didn't receive it until Sunday, she testified.