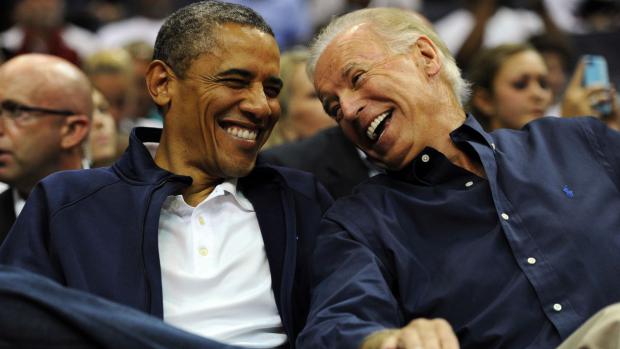 Tara Reade's allegations of sexual assault against Joe Biden have generated a spate of hypocrisy, special pleading, and revealing responses like Nancy Pelosi's statement that "Joe Biden is Joe Biden" (touchy-feely with girls and women, in other words).

But this response by Tom Perez, head of the DNC, may be the most revealing of all, as quoted in The Guardian:

Senior Democrats continue to rally round Biden. On Sunday the party chair, Tom Perez, dismissed calls for the Democratic National Committee to launch an investigation.

Biden is an "open book" who has been thoroughly vetted, the former labor secretary told ABC's This Week, adding: "[The Obama administration] looked at the entire history of Joe Biden, his entire career. If Barack Obama had any indication that there was an issue, Barack Obama would not have had him as his vice-president. [emphasis added]

"Barack Obama trusted Joe Biden. I trust Joe Biden. And those investigations have been done."

There you have it.  Believe women has morphed into believe Barack Obama, at least for accusations against Joe Biden.

The saintly Obama wouldn't have picked Joe as his VP if Joe wasn't a great guy.  Right?

Joe Biden has unequivocally denied Reade's account of sexual assault in 1993.  He says it didn't happen — end of story.  If so, why should the DNC fear an investigation, which could only exonerate Biden further, according to his own account?  Why not search Biden's sealed papers at the University of Delaware, the most likely repository for Reade's complaint from 1993?  (The National Archives wouldn't have this complaint.)  So far, Joe Biden is insisting that these papers remain sealed.