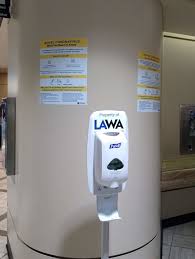 The New York Times reports that two brothers, Matt Colvin and Noah Colvin, who stockpiled 17,700 bottles of hand sanitizer have entered into a settlement with state officials in Tennessee that enable them to avoid criminal prosecution. Since the brothers have donated their supplies to people, state officials decided that that constituted sufficient punishment.

Why, isn't that nice of them?

The brothers had sold 300 bottles of hand sanitizer on Amazon for at a much higher price than what they had paid. In other words, they were making a big profit on the items.

A profit! OMG! How terrible is that! Where are Mao, Stalin, Fidel Castro, and other socialists when we need them?

The Tennessee price-gouging law prohibits people from setting "unreasonable" prices for essential items in an emergency. Of course, "unreasonable" is whatever state officials say it is.