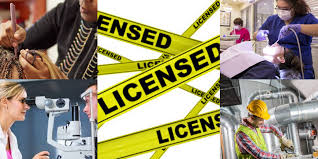 The same sort of thing took place in bad old India under British rule. There was that scene in the movie "Gandhi" in which numerous of his followers were brutalized as they approached the sea. What was that all about?  The colonial powers had reserved salt-making for the crown. Gandhi did not quite buy into this prohibition. His supporters were attempting to violate this stricture and were subjected to ruthless beatings to quell their protest.

In the good old (well, new, modern) US of A we do not engage in such uncivilized practices? Surely not, you say? You are in grave error. Such feudalism is alive and well under present institutional arrangements.

You may not have noticed this, you Rip Van Winkles, but many African – Americans arrange their hair in intricate patterns.  (Some white people are now copying them, in a blatant act of cultural appropriation; the horror). Many hair braiders are young black girls.

Modern-day feudalists place all sorts of roadblocks against them. They are required to attend expensive school for several years, where they learn the finer points of scalps, hair and other irrelevancies. These braiders know far more about their business than these erstwhile "professors" of hair. New Orleans, with its large black population, is particularly vulnerable to these legal outrages.

Why do we have these laws on the books in the first place? There are two theories which attempt to explain this phenomenon. The first is the public good argument. Unless the government compels all practitioners to pass a licensing exam, given only after years in "school," inept braiders will ruin the hair of their clients. These requirements are put in place so as to protect the public. It is easy to give the back of our hand to this "explanation." It is so blatantly obvious that it is false. Protect the public indeed.

The second is that barbers, hairdressers and their ilk simply do not welcome the competition of these hair braiders. They would like to seize this business for themselves. Under the thin veneer of safeguarding customers, they instead raise the prices they must pay, since they have excluded their competitors from the market. Other callings that require licenses include interior designers, locksmiths, alarm installers, hypnotists, motion picture operators, parking valets, magicians, landscapers, horse-shoers, and furniture upholsterers. Estimated cost? Over $2 billion per year, for the almost 30% of the labor force covered.

It is easy to see the hypocrisy in this case. It takes far greater insight to be able to apply these considerations to medical doctors. They, too, resist entry of competitors into what they consider their turf. But they do so right at the source: the AMA ensures that all too few students are admitted to medical school. If such an establishment accepts more applicants than the AMA deems advisable, it loses its accreditation. Just you try, gentle reader, to set up a new medical school without a by your leave from these powers that be. This is why the salaries of physicians are a healthy multiple of those who might otherwise have become doctors in a freer society, such as those with a Ph.D. in biology.

Alberta, Canada: Pastor Speaks Out Against Government Seizing Church and Shutting It Down