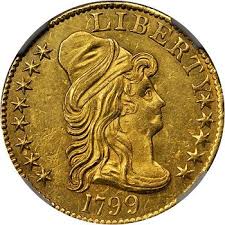 Article 1, Section 10, of the Constitution, which is a restriction on the power of the states, states, "No State shall … coin Money; emit Bills of Credit; make any Thing but gold and silver Coin a Tender in Payment of Debts…."

With respect to the federal government, Article 1, Section 8, states, "The Congress shall have Power …To coin Money, regulate the value thereof, and of foreign Coin…. To provide for the Punishment of counterfeiting the Securities and current Coin of the United States."

G. Edward Griffin on the Federal Reserve and What Happens Next to Money