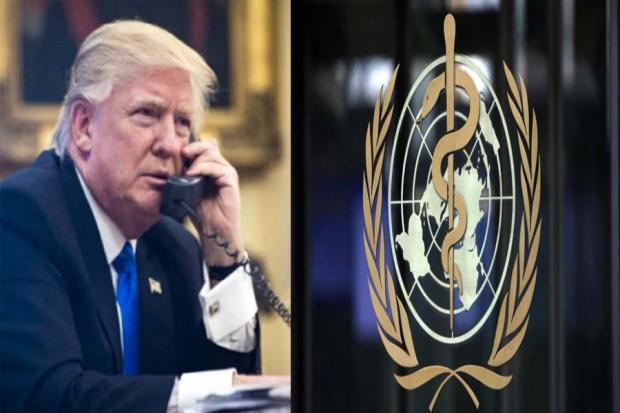 The WHO delegation highly appreciated the actions China has implemented in response to the outbreak, its speed in identifying the virus and openness to sharing information with WHO and other countries.

The most likely presidential policy response will be to re-purpose all or most federal money from the WHO. If done in this manner, the president must notify Congress, but has the executive power to reallocate the monies to other organizations. Therefore, legitimate programs will continue to help humanity.

Responding to our request for comment, the White House, Office of Management and Budget provided a fact sheet detailing the WHO's "corruption and abuse."

The W.H.O. really blew it. We will be giving that a good look.

Our auditors at OpenTheBooks.com reviewed all disclosed grants by federal agencies to the WHO since 2010 and found that $3.5 billion in taxpayer money funded the WHO during this period.

What's more, only $611.1 million of that funding came from "assessed dues" required by participating countries. The U.S. government voluntarily sent the WHO roughly $2.9 billion more than their required contribution. It's no surprise that, annually, the United States is the largest funder of the WHO.