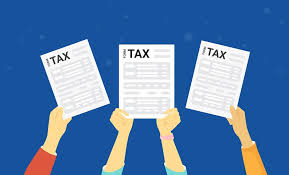 The federal government collected more money in taxes in the 31 days of this March—even when adjusted for inflation—than it did in any of the previous three Marches, according to the Monthly Treasury Statement released on Friday afternoon.

On March 16, as the second half of the month began, the White House advised Americans to avoid discretionary travel, eating out and gathering in groups of more than ten. Three days later, as reported by CNN, California's governor ordered residents to stay at home.

Even so, the federal government collected the highest amount of taxes in March since 2016--and an all-time record amount in total taxes through the first six months of fiscal 2020 (October through March).

Federal spending, meanwhile, was the second highest in U.S. history for the first six months of the fiscal year, according to the Monthly Treasury Statement released today.

When prior March tax collections are adjusted into constant March 2020 dollars (using the Bureau of Labor Statistics inflation calculator), the $236,766,000,000 in taxes collected this March is the third highest in U.S. history.