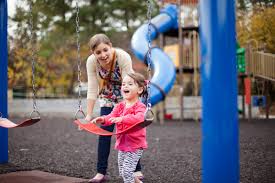 Locked in for more than a week, the parents had enough and took the children out to play.

It was a joy to behold, watching grandmother doing her laps, dad chasing the sons around, leaping over slides and other obstacles as they played tag with the hulking man, boys laughing hysterically, mother looking on from the park bench. A small sign had been posted at the park. It labeled the playground officially closed because of Covid-19. The next day barricades were put into place, intending to more seriously keep people off the playground.

For a moment, I thought about confronting the miserable old man, with a power play that is perhaps the only remaining thing worse than corona lockdown violation: he was photographing children.

You could see the old man raging on his face at the idea that a child would be playing in a closed playground during the corona hoax, as he snapped photos, his musculature growing more tense with each movement.