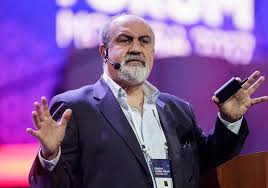 Then, in August 2015 during the infamous ETFlash crash, his fund reportedly made a gain of about $1 billion, or 20%, during a single, turbulent day when the VIX briefly broke and ETF trading went haywire for several hours.

Fast forward to March when the biggest "looming disaster" in decades finally struck, and when Universa hit the proverbial payday it was waiting for ever since the inception of its tail-hedge fund - which is basically deep out of the money puts which roll every month - in March 2008.

"It is a good time to reflect again on how we have performed for you as a risk mitigation strategy, if for no other reason than to give you some reassurance and even solace following one of the scariest months for markets on record" Spitznagel writes in his investor letter sent out to clients earlier today, and then delivers the good news: the fund generated a 3,612% return on invested capital in March, and a phenomenal 4,144% year to date.

"These returns likely surpass any other investment that you can think of over the period you have been invested with us. Kudos to you for such a sound "tactical" allocation to Universa", Spitznagel said, taking a well-deserved victory lap, adding that the fund was able to monetize the bulk of the spikes in P&L that it experienced in March, "while keeping downside protection in place throughout, should the market continue lower—one of our tricks of the trade."

Hedge Fund CIO: "Stocks Are Going Parabolic For All The Wrong Reasons:

Rabobank: The 1968 Riots Were A Significant Factor To The Election Of Richard Nixon