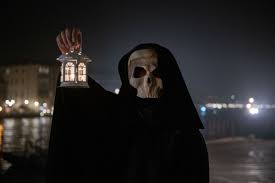 Textile workers in St. Omer in northern France asked for and received three successive wage rises within a year of the Great Plague's passing. Many workers' guilds struck for higher pay and shorter hours. When the French government tried to cap these demands in 1351, it still allowed pay rises of as much as a third more than their pre-plague level. By 1352, the English Parliament — which in 1349 had passed a law limiting pay to no more than its pre-plague level — was taking action against employers who had instead doubled or tripled workers' pay.

These numbers come from the historian Barbara Tuchman's, "A Distant Mirror," a masterwork on the miseries of Europe in the 14th century. Published in 1978, when she thought it reflected the contemporary miseries of the 1970s, it has surged up the Amazon ratings as scholars from all disciplines search the history of pandemics to understand the post-coronavirus future that awaits us.

Pandemics, we discover, have shaped civilization, and there are even arguments that they have ushered in positive change. The Black Death, which came as the Catholic Church was riven by a papal schism, changed attitudes toward religion, leaving Europeans more reluctant to submit to authority. As Tuchman put it, "the Black Death may have been the unrecognized beginning of modern man" — even if the Renaissance, Reformation and Enlightenment were all centuries in the future.