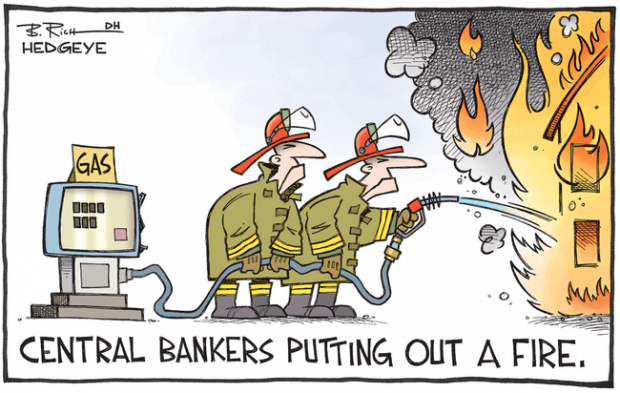 Powell: I want the nuttiest money printing plan ever. What action plans do we have that are prepared and ready to initiate?

Admin: What about this one named "Whatever It Takes"

Admin: Well, we have this other one named "Project Zimbabwe" but it's so ridiculous that the Fed would forever lose all credibility…

Powell: hmmm… I like the sound of "Project Zimbabwe." Just makes you want to turn dollars into toasters and washing machines to preserve wealth. This one will force guys so far out on the risk curve that they'll think crypto-coins are value investments.

Admin: Yeah, it's absolutely Wuhan-bat-shit nutty. We'd be criminally insane to unleash this on a population that isn't prepared for hyperinflation…