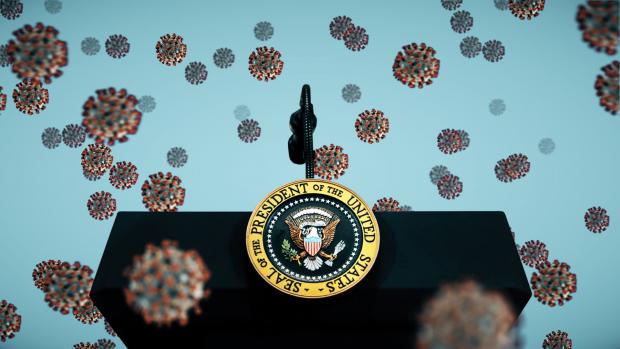 The day has arrived when freedom has ceased to exist in this country. It still remains a state of mind for those in the masses that have little ability to think critically or to see the reality staring them in the face. This is symptomatic of a population in mental turmoil, this brought about by long-term indoctrination leading to mass ignorance and blind nationalism. The tyrants of all past history must be smiling as they look upon the United States today, a perfect totalitarian storm of two classes. One is the political elite and powerful, and the other is the rest of society; weak and dependent on their masters. Once any country's people succumb to obedience, all that is left is slavery.

A time has come when all are told where they may go, what they are allowed to do, what they may purchase, what medical care they may or may not receive, how long they must remain in home prisons, and soon they will be told they are required to vaccinate with poison delivered by partners of the criminal state. Control over the population is almost complete, as government is stripping all individuality by eliminating or controlling by force our culture, religion, and independent views and thought, in order to bring about a new order. This order will be a top-down controlling governing system, and one that relies on a frightened and obedient populace. Life as we have known it will cease to exist, as total control of every aspect of societal behavior and economy will be executed by the few while all others remain in a cage of oppression.

It seems now that one of the underlying objectives of this fraudulent virus scare is to purposely eliminate the weakest among us, while using this manufactured virus as cover for a type of eugenic population control. The disabled, sick, and old are especially vulnerable to all the isolation, and the elimination of medical care that is inherent in the government's so-called cure for the common cold. This will be a death knell to a particular sector of society. When this planned government takeover of the country runs its initial course, the number of dead from this purposely created response will be extreme, and the huge numbers of victims will not have died from any virus, but due to the murderous policies of government.

The old and infirmed, those that succumb to psychological and physical stress, those that are legitimately dependent on caretakers, and the weak and unhealthy among us, will be decimated due to this hoax. Is that part of the plan? Do the ruling class and their fascist medical system seek the elimination of the weak as part of their desired agenda? Death from government measures in place now will not end when these brutal sanctions against us are temporarily lifted, they will continue to escalate as the damage done will not lessen, and future medical treatment will be forever altered and restricted. This is criminal in every way imaginable, and those who would scoff at these valid accusations have not only become mentally crippled and blinded, but have lost their souls. This is a serious matter, and will adversely affect families across the country, whether now or later, and the lasting effects will be unconscionable.