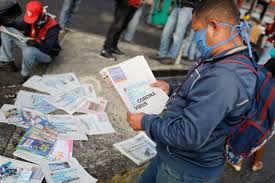 King Alfonso XIII of Spain was one of many stricken, they reported in 1918. What they didn't say was that their own populations were being decimated, too.

It was the largest pandemic in modern history, but due to wartime censorship in many European countries, few citizens would know it at first. Only Spain, a nation neutral in the fight, allowed its press to work largely uncensored, and so it was that stories of the contagion spread too.

A century later, coronavirus is again testing the resilience of independent media around the world as governments exploit concerns over coverage of the epidemic to clamp down on press freedoms.

From Latin America to Russia, governments have tried to shape coverage so it avoids criticism or information that authorities deem harmful to public order. Questioning of official accounts has drawn fines, police investigations and the expulsion of foreign correspondents.

Turkey: Where Criticizing Islam Can Land You In Prison