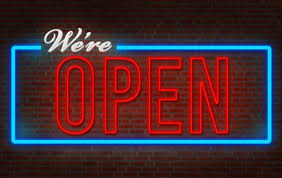 Thus far Trump has resisted such a move, preferring to leave these questions to the governors.

Meanwhile much of the mainstream media has directed its ire at the last "hold-out" states which have "dragged their feet" on the issue. Many governors have expressed that they don't see the need to take such a drastic step that could decimate their local economies, leaving social distancing to the 'good judgments' of counties, towns, and individuals.

For example CNN has headlined its story: "Why these 8 Republican governors are holding out on statewide stay-at-home orders?"

The nine states that have resisted shutting everything down are Arkansas, Iowa, Nebraska, North Dakota, Oklahoma, South Carolina, South Dakota, Utah and Wyoming.