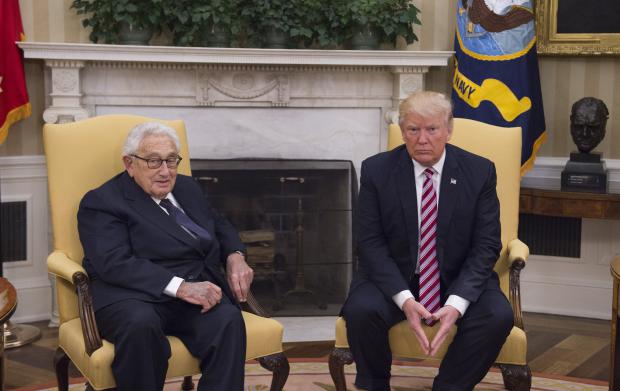 He wrote an opinion piece for the Wall Street Journal on Friday, issuing a dire proclamation that 'failure could set the world on fire'

He says the US needs to work quickly to find a cure, pitch in to rebuild the global economy and protect the 'liberal world order'

Kissinger writes: 'Not even the U.S. can in a purely national effort overcome the virus'

As of Saturday morning, there has been 1.1 million people who tested positive for the deadly virus and 60,400 dead globally, according to the CDC

Matt Taibbi: "It Was Like Watching Bruce Springsteen And Dionne Warwick Be Pelted With --

Interview -- Brexit, Maxwell and the Coup Against the U.S.

The Unbearable Whiteness of Being by Bill Buppert