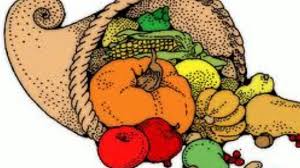 In classical antiquity, the cornucopia, also called the horn of plenty, was a symbol of abundance and nourishment, commonly a large horn-shaped container overflowing with produce, flowers or nuts.

This one will be filled solely with nuts.

The Age of Science and Reason?

For a society – even a world – that swears by science, reason, testing, facts, etc. – anything but "faith" or "revelation," it really is pathetic to watch the hysteria that comes with irrationality.  It would be hilarious if it wasn't for the devastating consequences for the countless millions who are losing their jobs and businesses.

The War on Death

Our masters have successfully (so far) been winning the battles in the war on death of favored companies; they have failed to convince us to take meaningful action in the war on the death of the planet – climate change was way too distant in the future to drum up emotional hysteria in the population.

So, what do they come up with?  They made it very personal: the immediacy of a war on death…of death.  No one is allowed to die, even if it kills you.

Every time I hear this phrase, I think of this.  I feel very saddened for those whose work is deemed non-essential.

Living in a Material World

When all you have is the material world of atoms randomly smashing together, what else do you have to live for but a war on death?

We Are All Prisoners of Groupthink

We've been scammed WHO now says "no evidence" of asymptomatic coronavirus...

Stefan Molyneux interviewed by the Health Ranger on censorship...