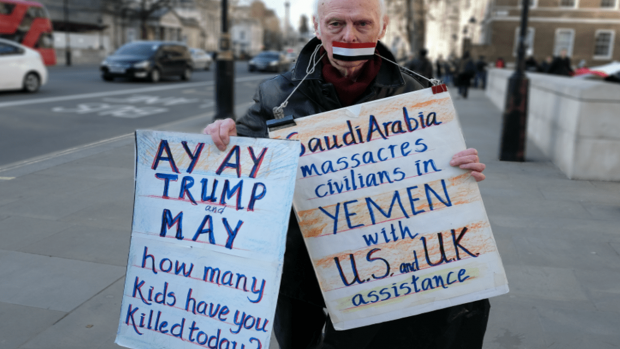 Five years ago the Kingdom of Saudi Arabia invaded neighboring Yemen. The conflict was supposed to be quick and simple, over in a few weeks. Now the once-haughty Saudi royals have offered a ceasefire, after their opponents, Houthi irregulars, captured the province of al-Jawf.

The conflict has created a horrific humanitarian crisis. Yemen, which has long been divided, impoverished, and embattled, is wrecked, and is unlikely to emerge as one complete nation. The cost has been roughly 100,000 dead in combat (nearly 20,000 of them civilians); another 130,000 dead from the consequences of the conflict; a million people suffering from Cholera; 20 million Yemenis facing food insecurity; sixteen million regularly hungry; and ten million at risk of famine.