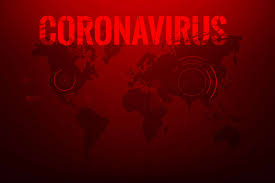 The current coronavirus strategy of most governments is a recipe for a worldwide economic disaster. In many countries, the strategy of confinement and forcing shops to close is a sure-fire path to large-scale business failures. The cascade of economic and financial repercussions to come is likely to lead to another Great Depression.

The Costs of Prolongation

Italy, for example, already had a 135 percent debt-to-GDP ratio before the crisis. It is hard to imagine how it will be able to borrow more without a commitment from other European countries to jointly be responsible for more Italian debt—something the northern European countries are still strongly opposed to. The ECB is already printing money like crazy, and another Greece-like situation will make it ramp up the printing presses even more. We have been down this path many times before, where the cure is clearly much worse than the disease. The German hyperinflation of 1921-1923 created a resentful, impoverished middle class which ultimately led to Hitler's rise to power.

The coronavirus (SARS-CoV-2) that originated in China is highly contagious. More than 80 percent of the patients show only mild flu-like symptoms but for the remaining 20 percent, mostly the elderly or people with preexisting conditions, the virus can be life-threatening. To save lives short term, the entire population in Europe is currently being held under house arrest and many businesses have been put into a pre-liquidation state by no longer being able to realize a profit due to inactivity.