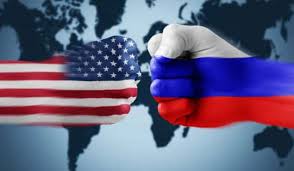 Pozner has hosted several shows on Russian television, where he has interviewed famous figures such as Hillary Clinton, Alain Delon, President Dimitri Medvedev and Sting.

Pozner has appeared on a wide range of networks, including NBC, CBS, CNN and the BBC. In his long career, he has been a journalist, editor (Soviet Life Magazine and Sputnik Magazine) and TV and radio commentator, covering all major events in Russia.

Pozner has appeared on The Phil Donahue Show and Ted Koppel's Nightline.

He co-hosted a show with Phil Donahue called Pozner/Donahue. It was the first televised bi-lateral discussion (or "spacebridge") between audiences in the Soviet Union and the US, carried via satellite.

In 1997, he returned to Moscow as an independent journalist.
Doug Casey's friend Mark Gould sat down with Pozner in Moscow to help us better understand the relationship between the US and Russia.