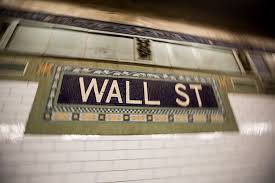 After we warned earlier that the SBA's $350BN Paycheck Protection Program, which is expected to be launched at midnight tonight and is meant to bailout America's small and medium business (<500 employees), may never even get off the ground because the proposed interest rate on the loan of 0.5% is too low lender banks (alongside with various other considerations as listed below) with JPM saying it "will most likely not be able to start accepting applications on Friday, April 3rd as we had hoped", in a press conference late on Thursday, Steven Mnuchin said that he will double the interest rate on the SBA loan from 0.50% to 1.00% in order to appease banks seeking higher interest rates to participate in the Treasury's bailout program and lend money to the same taxpayers who bailed them out 12 years ago.

Furthermore, these loans are guaranteed by the federal government and don't require collateral, and will be forgiven if funds are used for payroll costs, mortgage interest, rent and utility payments for two months and if businesses retain and rehire employees. So bank don't take any risk - why are they charging any interest at all, or rather why do they have any say in what the rate should be?