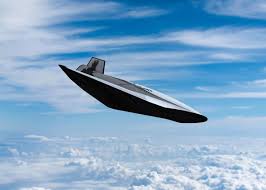 The Talon-A can be fitted out different payloads and is fully reusable, designed to enable swift, repeatable testing of hypersonic flight technologies for all manner of applications.

The Talon-A measures 28 ft long (8.5 m) with a wingspan of 11.3 ft (3.4 m) and has a total weight of 6,000 pounds (2,722 kg). Stratolaunch says the aircraft will be capable of autonomous take-off from a conventional runway, hitting Mach 6 speeds on long-duration flights, and then landing autonomously on the runway once the mission is complete.

Alternatively, the Talon-A could be lifted into the air aboard Stratolaunch's carrier aircraft, which would release it at a cruising altitude of 35,000 ft (10,000 m). Designed to launch rockets and satellites into low-Earth orbit, the massive carrier aircraft completed its maiden flight last year, and according to the company, would be capable of carrying three Talon-A hypersonic testbed vehicles into the air at once.

Once in the air, the Talon-A can collect data on aerodynamic performance, while the layout of the instruments and sensors can be customized depending on customer needs. It is also designed to carry proprietary and classified payloads that can then be safely recovered for analysis following the flight.

How to Identify Visible (and Invisible) Surveillance at Protests