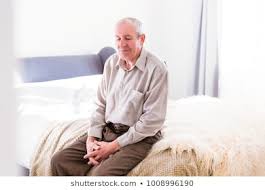 The coronavirus pandemic has seen some great and heroic acts of humanity, but we've also seen the re-emergence and mainstreaming of the morally repugnant 'survival of the fittest' ideology.

One thing about a health crisis, it sorts out the humane from the inhumane. Those who think all lives are equally precious from those who seem to think that some lives count more and that the 'weak' are a burden who have to be sacrificed so the strong can continue to dominate.

Probably the most repulsive take I've heard so far on Corona is the one which goes: "What are we having these lockdowns and 'social distancing' for? It's only – or predominantly – the old and already ill who are dying from Covid-19 – and they didn't have too long to live anyway."
Writing for the Critic, UK commentator Toby Young, who has previously advocated what he called 'progressive eugenics', said that "spending £350bn to prolong the lives of a few hundred thousand mostly elderly people is an irresponsible use of taxpayers' money."

What, I wonder, does he regard as a 'responsible use of taxpayers' money? Invading Iraq? Bombing Libya? Bailing out the bankers? And how much monetary worth would he put on the lives of 'a few hundred thousand mostly elderly people'? The Oscar Wilde epigram about the man who knows the price of everything and the value of nothing springs readily to mind.