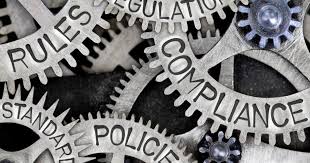 I wrote an article called V for Vendetta – 2011 just over nine years ago on the day after the Tucson shooting where congresswoman Gabrielle Giffords and eighteen others were shot by a psychologically disturbed lunatic, with six dying. At the time, I thought of the scene from the V for Vendetta movie where someone did something stupid and all hell broke loose. I expected a similar result from this act, but those in control of our society were successfully able to put a cork in the bottle, preserving their façade of order.

We learned shortly thereafter, through the patriotic efforts of Edward Snowden and Julian Assange, how the government was using the vilest of schemes to surveil every American through their abuse of the Patriot Act. The government has become and enemy of the people.

It is interesting to go back and view my conclusion from nine years ago and assess its accuracy as of today:

"This country has not reached the level of control and fear seen in Orwell's 1984 and V for Vendetta, yet. We are moving relentlessly in that direction. Surveillance, monitoring, spying, censorship, secret prisons, predator drones, and conforming to state rules and regulations put citizens further under the thumb of an all-powerful state. The freedom to dissent, the freedom to be left alone, the freedom to speak out against injustice, the freedom to disagree with your government, and the freedom to present your ideas without fear of retribution or penalty are essential in a democratic society.

The Social Contract Between Government And People Is Unraveling