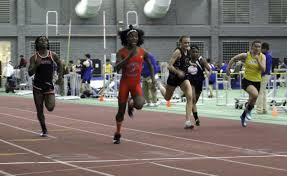 Governor Brad Little signed the two bills into law on Monday, according to the Idaho government's website, drawing criticism from LGBT+ groups that called the move harmful and discriminatory.

Trans rights have become a flashpoint between U.S. liberals and the country's conservatives, who argue that safety and fairness are compromised by allowing trans girls and women to compete in female sports.

The Trevor Project, which advocates for LGBT+ youth, said young trans people were less likely to consider suicide if they were supported in their identities.

"It is a sad day in the United States when lawmakers are more determined to stop trans young people from playing games than to provide them with the care, support, and opportunities they need to survive and thrive," said its head of advocacy and government affairs Sam Brinton.

Heart-stopping moment toddler is dragged up the doors of a descending lift by her child leash...