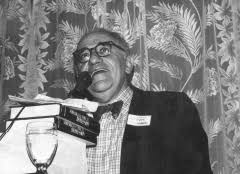 As a response to the epidemic, Western governments have infringed upon private property rights to an unprecedented degree in peace times. They have expropriated and confiscated medical equipment and material, they have taken control of private health companies and hospitals, they have decreed the forced closure of private businesses, such as private kindergartens, schools, universities, or retail stores. They have even ordered the closure of private parks and gardens. Moreover, they have severely restricted the freedom of movement.

What can be said about these measures from a libertarian point of view? Can they be justified?

Regarding the freedom of movement, it could be argued that most streets are government property and that the government has the right to restrict freedom of movement on its streets in order to protect the health of its citizens. Indeed, the public ownership of streets is a problem from a libertarian perspective. Streets should be private. If streets were private, the owners would decide who could use them and under what conditions. As Rothbard puts it in The Ethics of Liberty (1982, p. 119):