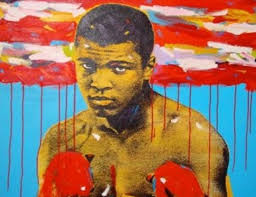 Perhaps the biggest demarcation point in Ali's life occurred when he refused to comply with a draft notice ordering him to be inducted into the U.S. military. This occurred on April 28, 1967, when President Lyndon Johnson and the Pentagon were ramping up their violent military intervention into the civil war that was taking place in Vietnam. At the time, Ali was the heavyweight boxing champion of the world.

Ali's position against being forced to serve Johnson and the Pentagon was short and succinct and could actually represent the argument against all U.S. foreign interventionism.

Ali stated, "I ain't got no quarrel with them Vietcong."

And why should he? The Vietcong never attacked the United States. They didn't get into transport ships, cross the 8,000 miles of the Pacific, and invade the west coast. They also didn't initiate any terrorist attacks in the United States.