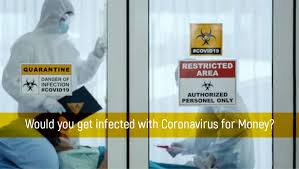 Last week was about policy-makers keeping us in awe. Central banks have done what central banks do – slash rates and pump in liquidity (the latest being the Bank of Canada taking rates to 0.25%, joining the zero-lower-bound-and-let's-do-QE gang). Governments have done what they had long decided not to do – ramp up spending and pump in liquidity (the latest being Australia now offering to pay 80% of salaries for those laid off too). None of this should be a surprise. As we published recently, and as many others in the market are echoing, this is being treated as a war on the home front: and wars on the home front mean zero rates, yield curve control, and fiscal deficits from 15 to 20% of GDP. Markets have, of course, tried to rally on that front. It's even been seen as patriotic in some cases.

However, here comes the shock that has required all that awe. Last week US President Trump was talking about reopening the economy around Easter: now lockdown is extended through to 30 April. Moreover, Dr Fauci, the leading medical expert on the White House team, has stated he expects to see millions of infections and 100,000 – 200,000 US deaths. Even Trump has said 100,000 deaths would be a "very good job". To put that in context, were we to exceed that total by just a little it would mean more civilian deaths than the US suffered in combat in WW1, Vietnam, and Korea combined. In other words, a major shock.

Hedge Fund CIO: "Stocks Are Going Parabolic For All The Wrong Reasons:

Rabobank: The 1968 Riots Were A Significant Factor To The Election Of Richard Nixon