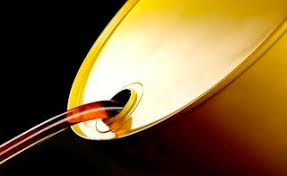 However, as we reported last week, we may get to the absurd point when the price of a barrel of oil not only hits $0 but goes negative.

The reason: according to Mizuho's Paul Sankey, at a whopping 15MM b/d in oversupply, crude prices could go negative as Saudi and Russian barrels enter the market. According to Sankey, much of the US 4MM bpd in crude exports will be curtailed as prices fall and tanker rates soar. And with US storage roughly 50% full, and able to take another 135MM bbl more, assuming a build rate of 2MM b/d, the US can add 14MM bbl/week for 10 weeks until full.

As a result, there is a now race between filling storage and negative pricing "unless U.S. decline rates can outpace inventory builds, which we very much doubt." Said otherwise, absent dramatic changes, in roughly 3 months, energy merchants will be paying you if you generously take a couple million barrels of crude off their hands.

It went from bad to an outright disaster earlier this week when Goldman, Vitol, and the IEA all raised their estimate for daily oil oversupply to an unthinkable 20 million barrels per day, as a result of the collapse in oil demand as the global economy grinds to a halt coupled with Saudi Arabia's determination to put all of its higher-cost OPEC peers out of business.