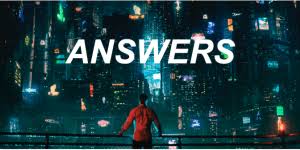 The year is 2020. A new virus is spreading across the planet like a wildfire. More lethal than the flu, highly contagious with no cure. Stocks markets collapse, global economies are shutting down with billions of people quarantined to their homes and millions losing their jobs overnight. What do you do? What DO you do?

While it sounds like the script of a bad disaster movie, it is nevertheless the world we suddenly find ourselves in. If you'd outlined this script to anyone just a couple of months ago nobody would've believed you.

But here we are and everyone has to adapt and get on with it.

Everyone searches for answers. Is it a short term thing and a big recovery is just around the corner with the help of unprecedented monetary and fiscal stimulus, or will the monetary and structural consequences be so severe that a larger recession, depression even, is inevitable?

The Big Battle is unfolding right in front of us.

Markets, following the biggest crash off of all time highs since 1929, also just managed the sharpest rally since 1933. A bear market rally similar to many seen during the 2008 crisis?

How to Identify Visible (and Invisible) Surveillance at Protests