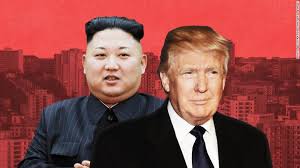 Nowhere is that more evident than in the Trump administration's policies toward North Korea and Iran. Interestingly, though, the administration's treatment of those two countries is a study in contrasts.

As my Cato Institute colleague Doug Bandow notes, the pandemic has totally eclipsed Washington's usual concerns about North Korea's behavior. U.S. policymakers have obsessed about Pyongyang's nuclear and missile programs and ambitions for decades, but their attention is now, understandably, focused elsewhere. President Trump has not entirely ignored Pyongyang during this crisis, however. He sent a letter directly to North Korean leader Kim Jong-Un offering U.S. aid in combatting the epidemic.

One analyst dismissed that overture as "pen-pal diplomacy," but Trump's letter was a significant initiative to revive the moribund dialogue with Kim that had begun with such promise at the Singapore summit nearly two years earlier. Although Trump did not explicitly offer to ease U.S. sanctions, his latest missive suggested a wish to use bilateral cooperation on the coronavirus crisis to advance that dialogue and perhaps facilitate cooperation on other issues. That approach should be applauded, not dismissed or ridiculed. It was notable that although the DPRK government declined the offer, it apparently did so through a reasonably polite, personal letter from Kim's sister, widely viewed as perhaps his most important adviser.