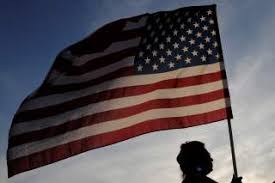 The problems relate to how Americans view the role of government in their lives and to the belief that government money can always fix problems.

The immediate reaction of our government to the virus threat was to spend massive amounts of money.  The latest news is that politicians plan to "boost" the economy with nearly two trillion dollars in spending and loans.  "The package is coming in at about 10% of GDP.  It's very large," says Larry Kudlow.  For a plan of this size to sound like a good idea, you need to ignore some important economic facts.

Our country has unbelievable levels of debt, and our debt is rising rapidly.  The numbers are staggering.  The debt clock shows U.S. debt at $23 trillion (nearly 110% of the GDP) and unfunded liabilities of $77 trillion.  That's a conservative estimate.  Boston University economist Laurence Kotlikoff, an expert on the national debt, says, "The true size of our fiscal problem is $222 trillion...20 times bigger than the official debt."  He says, "The government has gone out of its way to run up a Ponzi scheme and keep evidence of that off the books by using language to make it appear that we have a small debt."

We are on the Titanic, headed for the debt iceberg.  In brief moments of clear vision, we see the iceberg and know we must change course to avoid disaster.  But a self-imposed fog allows us to pretend things are fine.  Do not look away.  Look directly at this problem.  It's real.  Things that are unsustainable cannot be sustained.  Reality always bats last.