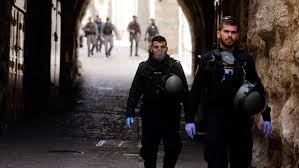 Jerusalem, Palestine — Once again, Benjamin Netanyahu wins big in Israeli politics. Even as his main opponent, former Israeli army chief Benny Gantz was given a mandate to form and head a coalition government, Netanyahu, indicted and presumed to be on his way out, managed to pull in Gantz, break up the Blue and White opposition party, stop the coalition from forming, and remain on top.

In an unprecedented upset, the Arab Joint List, a coalition of four predominantly Palestinian political parties, was able to win fifteen seats in the Israeli Knesset. This made them the third largest block within the legislature. They were going to support a Gantz-led government from the outside, which means they would not be a part of the actual coalition government. This is an enormous gesture on behalf of the Joint List, whose constituents are primarily Palestinian citizens of Israel, the country's most disenfranchised group of citizens.