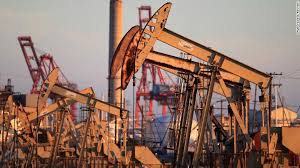 Russia and Saudi Arabia are engaged in an oil price war that has sent shockwaves around the world, causing the price of oil to tumble and threatening the financial stability, and even viability, of major international oil companies.

On the surface, this conflict appears to be a fight between two of the world's largest producers of oil over market share. This may, in fact, be the motive driving Saudi Arabia, which reacted to Russia's refusal to reduce its level of oil production by slashing the price it charged per barrel of oil and threatening to increase its oil production, thereby flooding the global market with cheap oil in an effort to attract customers away from competitors.

Russia's motives appear to be far different—its target isn't Saudi Arabia, but rather American shale oil. After absorbing American sanctions that targeted the Russian energy sector, and working with global partners (including Saudi Arabia) to keep oil prices stable by reducing oil production even as the United States increased the amount of shale oil it sold on the world market, Russia had had enough. The advent of the Coronavirus global pandemic had significantly reduced the demand for oil around the world, stressing the American shale producers. Russia had been preparing for the eventuality of oil-based economic warfare with the United States. With U.S. shale producers knocked back on their heels, Russia viewed the time as being ripe to strike back. Russia's goal is simple: to make American shale oil producers "share the pain".