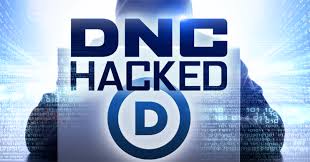 More than 30,000 emails were taken from the DNC server between 22 and 25 May 2016 and given to Wikileaks. Crowdstrike blamed Russia for the intrusion but claimed that only two files were taken. And CrowdStrike inexplicably waited until 10 June 2016 to reboot the DNC network.

CrowdStrike, a cyber-security company hired by a Perkins Coie lawyer retained by the DNC, provided the narrative to the American public of the alledged hack of the DNC, But the Crowdstrike explanation is inconsistent, contradictory and implausible. Despite glaring oddities in the CrowdStrike account of that event, CrowdStrike subsequently traded on its fame in the investigation of the so-called Russian hack of the DNC and became a publicly traded company. Was CrowdStrike's fame for "discovering" the alleged Russian hack of the DNC a critical factor in its subsequent launch as a publicly traded company?

The Crowdstrike account of the hack is very flawed. There are 11 contradictions, inconsistencies or oddities in the public narrative about CrowdStrike's role in uncovering and allegedly mitigating a Russian intrusion (note--the underlying facts for these conclusions are found in Ellen Nakashima's Washington Post story, Vicki Ward's Esquire story, the Mueller Report and the blog of Crowdstrike founder Dmitri Alperovitch):

Two different dates—30 April or 6 May—are reported by Nakashima and Ward respectively as the date CrowdStrike was hired to investigate an intrusion into the DNC computer network.