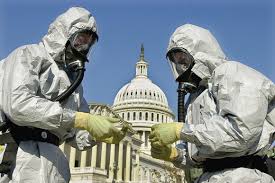 The first case was reported in Wuhan on December 21, 2019. Symptoms include fever, shortness of breath, severe cough and pneumonia which, in more severe cases, can lead to impaired kidney and liver function and kidney failure.2,3

Less than a week later, CBS News reported March 5, 2020, that the number of deaths had quickly risen to 11 nationwide in the U.S. — 10 in Washington state and one in California.6 Not only that, but as of that day, "The World Health Organization urged governments around the world to pull out 'all the stops'" to fight the outbreak. On the up side, China "appeared to be over the worst" of it, CBS said.