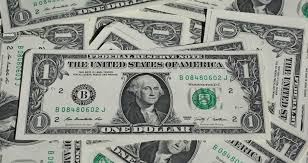 As we reported yesterday, one of the recommendations proposed by repo "god" Zoltan Pozsar to restore dollar liquidity and eliminate funding and market stress, was for the Fed to effectively become banker to the entire world in the form of unlimited, 24/7 swap lines with every central bank, not just the current G7, to wit:

The Fed needs to broaden access to the swap lines to other jurisdictions as dollar funding needs are large in Scandinavia, Southeast Asia, Australia and South America, not just in the G-7.

Well, after an overnight session that saw currencies flash crash across Asia, notably the Aussie...

... demonstrating just how urgently instant dollar access is needed at a time of the biggest dollar margin call in history, the Fed relented, and on Thursday morning the Federal Reserve announced the establishment of temporary U.S. dollar liquidity arrangements (swap lines) with:

the Reserve Bank of Australia

the Banco Central do Brasil

the Bank of Korea

the Reserve Bank of New Zealand

the Monetary Authority of Singapore

and the Sveriges Riksbank (Sweden).