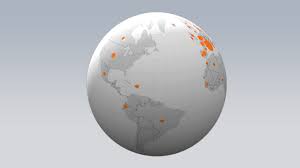 The World Health Organization has declared the coronavirus a global pandemic. As of Friday afternoon, there are 132,000 diagnosed cases of COVID-19 worldwide, and the global death toll has topped 5,000 people.

The fast-spreading virus claimed 196 lives in Italy, on Tuesday alone.

At this time, 90 percent of all cases are in four countries: China, Italy, Iran, and South Korea. Late this week, WHO declared that Europe has overtaken China as the new epicenter of COVID-19 (although this may have more to do with the two regions' differing levels of openness and honesty in reporting than actual numbers). Even the Vatican reported its first case last Thursday.

Nowhere is immune, including the United States. Schools have been closed in at least 30 states and the District of Columbia as of Monday. Look for that number to increase.

As the rampaging virus wields its way around the globe, prevention and early detection are key to limiting its reach. While a travel ban limited US exposure to the source of the infection, unwieldy government regulations needlessly slowed the detection process for weeks.

Federal regulations barred any labs outside the federal government from developing a test to diagnose coronavirus. When the CDC sent out its test on February 5, it soon learned many of them were defective. The kits produced false positives.