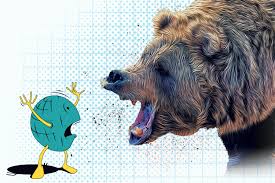 Around the time the Fed stunned markets with its 5pm Sunday emergency bazooka intervention, Goldman was holding an emergency conference call in which some 1,500 clients and companies dialed-in, making the comparisons to "Lehman Sunday" especially apropos.

For those wondering what Goldman said, here is the bottom line via TME:

70% of Germany will contract it (58M people). This is the next most relevant industrial economy to be effected.

Peak-virus is expected over the next eight weeks, declining thereafter.

The virus appears to be concentrated in a band between 30-50 degrees north latitude, meaning that like the common cold and flu, it prefers cold weather. The coming summer in the northern hemisphere should help. This is to say that the virus is likely seasonal.

Mortality rate on average of up to 2%, heavily weight towards the elderly and immunocompromised; meaning up to 3m people (150m*.02). In the US about 3m/yr die mostly due to old age and disease, those two being highly correlated (as a percent very few from accidents). There will be significant overlap, so this does not mean 3m new deaths from the virus, it means elderly people dying sooner due to respiratory issues. This may however stress the healthcare system.

There is a debate as to how to address the virus pre-vaccine. The US is tending towards quarantine. The UK is tending towards allowing it to spread so that the population can develop a natural immunity. Quarantine is likely to be ineffective and result in significant economic damage but will slow the rate of transmission giving the healthcare system more time to deal with the case load.