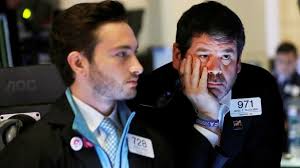 On Friday, March 6, Goldman's chief US equity strategist, David Kostin, who bizarrely still holds held the view that the S&P will close the year at 3,200, despite now expecting an earnings recession, and Gldman economists calling for an economic recession in Q2 and a -5% GDP crash in Q2, laid out a binomial "downside case" scenario  (i.e., a coin toss because as he admitted, he has no idea if the S&P would go up or go down) that saw the S&P plunging from the mid-2,900 level (where it was trading then) to 2,450 in a "coronavirus recession" case.

One week, and three-limit down sessions later, the S&P traded at 2,401.

So having been stopped out again by the market, Kostin - who realized he clearly wasn't bearish enough to preserve client credibility - was forced to come up with even more dire downside cases, which he did over the weekend in his latest Weekly Kickstart where he said that while he still expects the S&P to magically rebound to 3,200, he admitted that there is a case where the US stock market could drop to 2,000 and even as low as 1,700, or laughably a 50% drawdown from Goldman's year-end forecast, a move which Fed-backstopped issuers of subprime loans such as Goldman may afford, but none of Goldman's clients would be able to live with such a wide range of outcomes.